OUR JOURNEY SO FAR 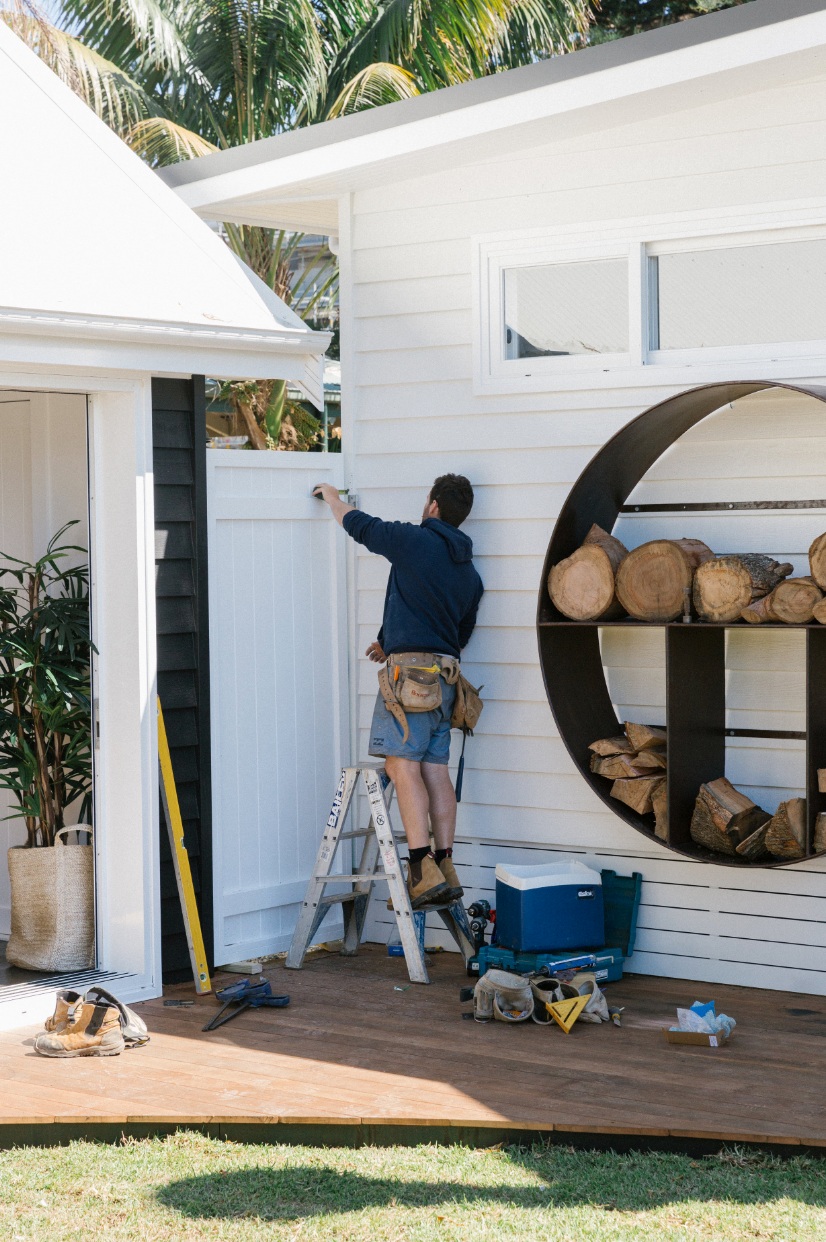 Let’s create a property that we can share with everyone, not just one person or family to live in – a property for people to create memories.

If someone told me a few years ago that I would be living down the NSW South Coast running holiday accommodation and now being the expert in the space … I would of thought they were crazy!

I will tell you the short version of our long story. We, Ben & I were not looking to buy a holiday property. A few years ago we had talked about creating a holiday property but it wasn’t on our radar as we were in the middle of a development in our home town of Cronulla. The universe had a different idea … we were in Gerringong for a friends 40th weekend away. When I saw the farmhouse … I literally felt like I breathed out for the first time in years, it was love at first sight! And before I knew it I was on the path of a holiday property owner. I say that we didn’t find the property, the farmhouse found us!

My vision was very clear. We had sold and developed properties and each time we had a lot of interest in what we were creating … the common message was that people just loved the feeling of the homes. And that is where our vision came from. I remember the light bulb moment … I turned to Ben and said ‘lets create a property that we can share with everyone, not just one person or family to live in – a property for people to create memories.’ And that is how SOUL of Gerringong begun.

We decided to literally pack up our life in Cronulla and relocated with our 4 boys to the town. It was to be a working holiday for us as well as being able to get know the local community and understand the area. Sounds simple right? We closed down our building team in the shire to focus on the project, we sold our house and enrolled the boys into the local school. Our boys were so brave, I know if my parents had of told me I was moving & changing schools I would not of been as accepting as our boys were … the photo below is on their first day.

SOUL of Gerringong was just a 9 month project. We moved down on Australia Day with work commencing in February once the boys started school. At the beginning we were living the south coast lifestyle … Ben would go for morning surfs and I would be meeting new friends for coffee. We would all hit Gerroa beach in the afternoons after school … it felt like we were on a long holiday! But then reality kicked in … our opening date was approaching and we were behind schedule. There were no more beach days, we literally worked around the clock from sunrise to sunset and through the night. I remember Melbourne Cup Day 2017 … the boys & trades were everywhere and there were literally hours until we were hosting a ladies lunch with 150 guests. It was a race to finish and we got there in the end … see the photo below for proof!

We were literally mentally, emotionally and physical exhausted. But at the same time we were so excited with how our visions had come to life. And then came the bookings … in a matter of weeks we booked out 12 months in advance. All our hard work and lessons learnt had been worth it!

The plan was to move back home to Cronulla as the build was finished … well let’s just say, we are still living in Gerringong 3 years later. Last year I tossed and turned with the decision of where to live. We are still yet to decide and are waiting to see where our path takes us this year. Our goal is by 2020 to have purchased our forever home … or lets just say the forever location. Anyone who know’s us personally laughs when we say buying our forever home, time will tell.

Interview with Pru Chapman from The Owners Collective

DON’T WAIT FOR YOUR GUESTS TO FIND YOU

AUTOMATE AS MUCH AS POSSIBLE

YOUR VISION AND THE BUILD

Vision Board, Timeline Spreadsheet, Budget Spreadsheet & Behind the Scenes at SOUL

The How-to Guide for Holiday Property Owners is open for business! Sign up now.